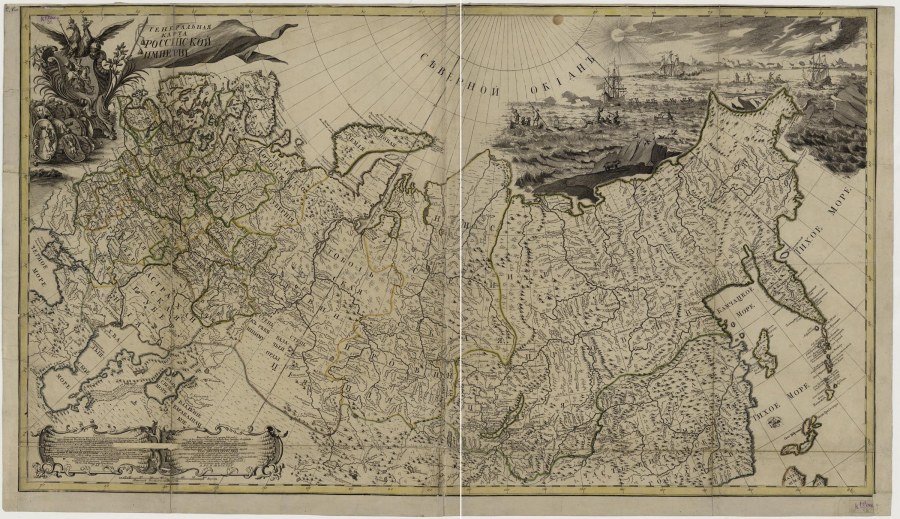 It’s the year 1915, the first world war is in full swing. Russia is fighting the Germans and Austro-Hungarian Empire on the eastern front. Death and destruction are everywhere. However, while this is happening a famous Russian photographer, Sergei Mikhailovich Prokudin-Gorskii (1863–1944) is commissioned to complete something much more peaceful but no less compelling. What would be one of his last trips Sergei travels with the minister of transportation to photograph the people of Russia. His photos were in color with a unique technique he invented himself. The process involved using black-and-white triple-frame glass plate negatives, made with color separation filters to produce colored images.

This picture was taken along the Murmansk Railroad which was built by the Russian government during World War I to connect Petrograd to the ice-free port of Romanov-on-Murman. The construction lasted from 1914 to the spring of 1917 when the line was completed. The photograph shows a wooden hand press for baling hay. Although the caption does not identify the location, according to my research the place is in the vicinity of the town of Kondopoga in the north-western part of Russia. The peasants are baling hay in preparation for winter. The bearded man wearing a hat seems to be supervising the operation, while three workers in caps stand ready to operate the baling press. On the other side of the press stands a youth in a semi-military tunic, commonly worn during World War I. Behind him is a group of village children, including girls whose heads are covered in white scarves. The hay is taken from a tall drying rack, which is typical of the region.

The photo is interesting because it shows that for many people in Russia the industrial revolution had not yet come and that for many, life involved hard long back-breaking work. I wonder just how long it would take these men to bale all of that hay, and just how much would they get paid for that or was it used on livestock? The people in the picture raise many different questions. For instance, why is one man dressed in a kind of military uniform, has he just taken a break from war to help his family or is the war over for him, was he hurt and is this all he can do now? Do the women in the preform photo, do they also assist in baling the hay, if not what are their jobs? These are the questions that intrigue me, and that I would have to perform more research on to find out.

8 thoughts on “Snapshot of The Empire: Life of the Peasantry in Russia”

x15.png” />
This work is licensed under a Creative Commons Attribution 4.0 International License.